Bartimaeus is surprisingly pale skinned for a dwarf that has been living on the surface. Often wearing a hooded cloak even while travelling in daylight. He has already started balding on top but has a healthy sandy blonde beard and mustache which he leaves unbraided an unadorned. Runic tattoos scroll across his arms, back, and even hit forehead.

He is shorter and leaner than the average dwarf. In his youth, other children would taunt him claiming he had gnome blood running in his veins which led to more than one brawl that rarely turned out well for Bartimaeus. There’s something bewildering about him, perhaps it’s simply his attitude. But nonetheless, people tend to ask him to tell stories, while making up bigger stories about him. 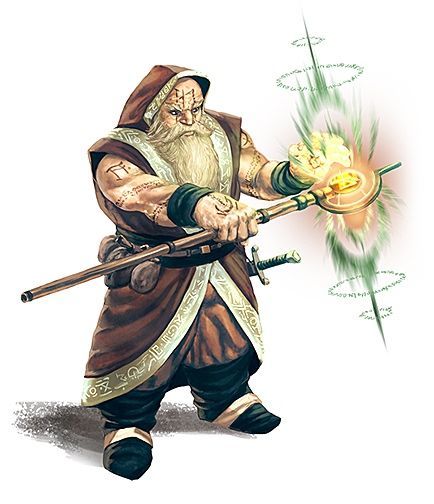