Heavy build, bearded, and aggressive bloodraging barbarian dwarf with a Dwarven Longhammer or Butchering Axe in both hands.

Brandishing a Large Glaive-Guisarme or a vicious oversized butchering axe, one can see that this Dwarf means business. Bulvados doesn’t appear like the rough and crude barabarian type. Under his Mithril breastplate he is equipped with the necessary tools of combat and war – throwing axe, crossbow, composite longbow, spiked gauntlet and perhaps other surprises.

Bulvados is well spoken and enjoys an occasional beer from his tankard. He is orderly and is skilled in crafting. His wit is noticeable and he is quick to engage his family or friends in lively debate. He dones reddish hair and beard. On closer inspection you will note very large hands and a facility in using bigger and deadlier weapons. Perhaps this is his greatest asset or ominously what will get him killed one day. Only time will tell.

Bulvados Glemm was born on the road between Trunau and Janderhoff. His father is a merchant who married into the royal family, and has developed strong ties in both Janderhoff and Trunau. Having provided goods stuff to the isolated town of Trunau and a life link to the outside world his family is well connected within the town and respected in Clan Brandberg.

Bulvados is one of three siblings and spent his early formative years in Trunau. He remembers his difficult childhood at Trunau and wanting to become a soldier with one of the village militias in Mindspin Mountains. Fargrin Staginstar was an important figure in his training to become a soldier, and during his adolescence he protected his father’s merchant caravans acting as a guard. Unfortunately, his aspirations were unfulfilled as he was apprenticed by his Uncle in Janderoff to craft armor and weapons, an important and valued skill in dwarven society.

Within Clan Brandberg rumors of Bulvados’ large sized hands suggested that there may be giant blood in his bloodline. However, no one dares inquire about this rumor, knowing full well that it would not sit well with him nor his family within the Clan. His ability to use large hammers to perform his crafting trade, and kill enemies, has earned him the respect he deserves in Janderhoff, albeit it was not always the case when he was a child in Trunau.

Bulvados’s family are respected merchants in the Clan going back to the days of the Lost King, and within Trunau itself, selling their wares in the open market in town. Bulvados’ father’s marriage to his mother of royal blood consummated the relationship with the royal family. The Glemms are thus warmly welcomed by the council. Bulvados’ parents also have a strong business and personal relationship with Hurroren Drakeheart and her husband, the proprietor of Drakeheart Goods & Salvage.

Bulvados was recently contacted by a few cousins of Clan Brandberg regarding an expedition to Trunau, the city of his youth. Sensing an opportunity to make a name for himself in his former hometown, either as a craftsperson for Sara Morninghawk, or as a orc-giant killer, he sets out with this band of brothers to Trunau to seek his fortune and make a mark within Clan Brandberg. 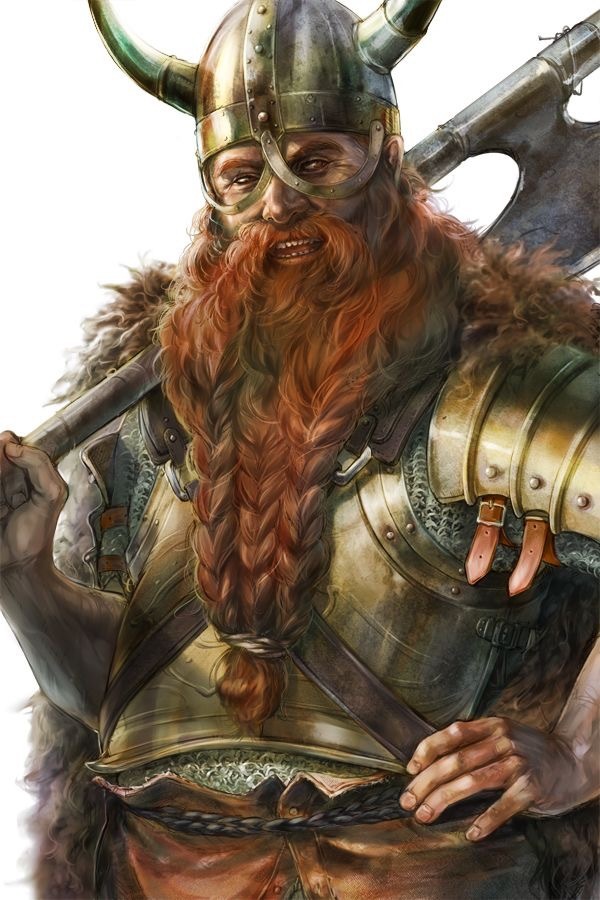