A Commander of the Knight of Ozem

Standing over six feet tall with a powerful build, Calrianne Blix is both a capable warrior and commander of the Knights of Ozem outpost on the Kestrel River.
The young but traveled knight is the descendant of a long line of Blix’s who have served Lastwall’s military as officers. Calrianne has heard many stories of her ancestors and how they have given their lives (each and every one) to the cause that drives Lastwall’s existence.
Most memorably, but also tragically, is the tale of her ancestor Fabian Blix. Fabian was the chaplain at Redlake Fort at the time the fort was overrun by orcs and lost forever. Fabian’s son, Calrianne’s great-grandfather, was the sole survivor of the attack he was able to escape via a hidden sewer tunnel. Her great-grandfather told stories that were passed down about the fort’s castellan and how horribly he treated the men and women under his command. They were not soldiers to him, but dogs to be barked at and do his bidding.
Calrianne has faithfully and willingly served in Lastwall’s military and only recently been promoted as an officer in the Knights of Ozem. Her first post as a commander was to the way station on the border between Lastwall and Belkzen near Castle Firrine 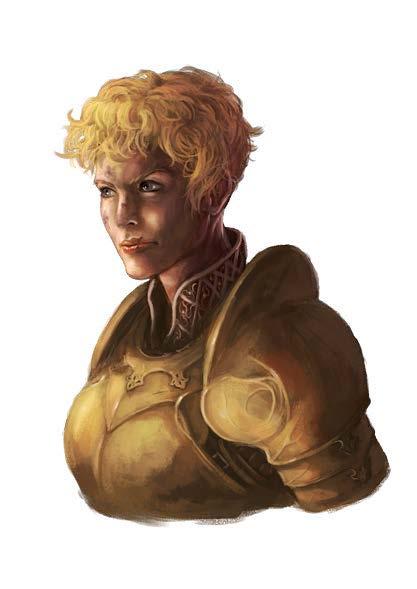