Owner and Proprietor of The Ramblehouse

30 years ago, an escaped halfling slave from Molthune fled north all the way to
Trunau, determined to start a new life. Cham Larringfass decided to build not just
a place for herself and her friends, but an entire inn and boardinghouse. She got
the rest of her crew in on the endeavor, and before long a sprawling, eccentric manor packed with rooms of all shapes and sizes sprang up in the town’s lower end. Though guests are still rare, the aptly named Ramblehouse now houses a sizable chunk of the town’s half ling population, as well as many boarders of other races. Cham, still the head innkeeper, also makes a good living off siege fees, and is thus fond of cutting deals to other half lings and members of “right-sized” races— with the only annoyance being her tendency to play matchmaker for available guests. 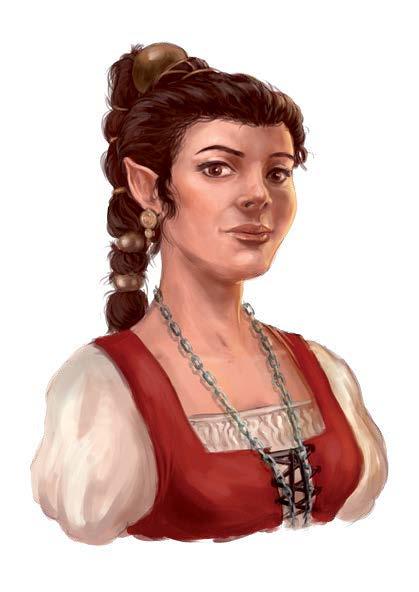