The Twisted Nail raiders’ most prized “war machine” is a monstrous, stunted cave giant whom the orcs simply call “Crusher.” Crusher is not smart. He has been abused and thoroughly tortured by the Twisted Nail orcs since the tribe found him as an abandoned infant in the orcs’ hunting grounds. Over the years, an array of orcs have been responsible for the training and punishment of Crusher, and woe betide those unlucky orcs who find themselves shackled to the cave giant to serve as Crusher’s “handlers” during raids. For his part, Crusher enjoys the company, though he is quick to anger, and many orc handlers have been smashed to pulp because of Crusher throwing a violent tantrum during the heat of battle. 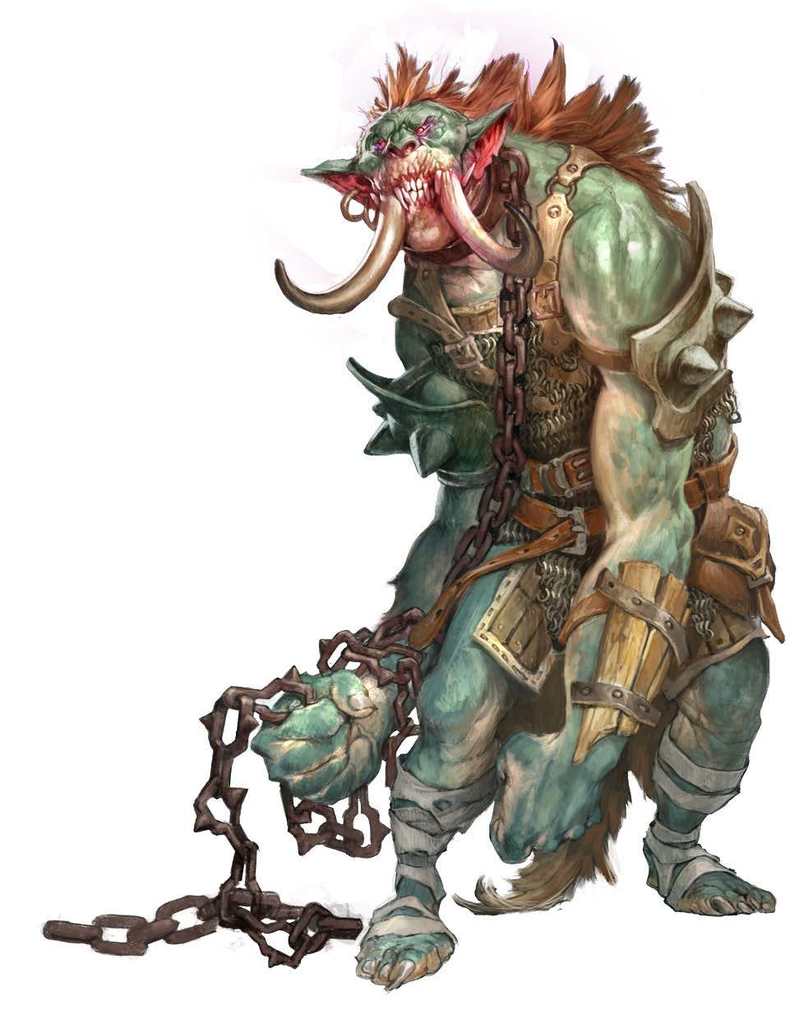