Master of Muskets and Monocles

Standing at 4’ 2", Doctor von Hohenheim cuts a dashing figure for a dwarf. His muttonchop/mustache combo neatly trimmed, his hair shaved close to the head, a pith helmet on his head, and his monocle firmly in place, he stands as the archetype of the Gentleman Adventurer. Or rather, Gentledwarf Adventurer.

To call the Von Hohenheim branch of Clan Branberg “eccentric” would be akin to calling the Inner Sea “somewhat damp”. While seen as useful clansmen, even valuable, they are nonetheless kept at arm’s length. More traditional dwarves would say they spend too much time around humans, and others whisper that some forgotten ancestor in their family tree was actually a gnome. Whatever the reason, like all dwarves, they pride themselves in their family name regardless.

Nathaniel von Hohenheim was born to Umbrecht and Helga von Hohenheim, loving parents both. Like many of the von Hohenheim name they made their living in human lands as adventurers and scholars for hire. While Nathaniel grew up in and around Belkzen, after his fortieth birthday his parents were ready to pick back up the adventuring lifestyle, and he was more than happy to join them.

For years the family explored the dangerous and vast Mwangi Expanse in search of ancient Azlant ruins, an expedition funded in part by the always curious Pathfinder Society. As the years wore by, Nathaniel realized his real calling was in academia; he eventually abandoned the expedition to study at the Sincomakti School of Sciences in Versex County, Ustalav. After a few years he was able to earn a PhD in Archaeology, and overjoyed with his success, decided to meet back up with his parents in Garund. Unfortunately, the expedition would end shortly after his return; captured by monstrous Kuru, the entire expedition was slaughtered. Nathaniel hunted down the cannibals responsible, and despite his education, nearly lost his life in the ensuing skirmish. The only thing he has left of his family is his father’s musket.

Having recently returned to the small frontier town of Trunau to see his parents laid to rest, Nathaniel is in desperate need of something to distract him from his grief. A lost dwarf without a family, he learns several of his cousins and clansmen have taken up arms against a dangerous Orc and Giant threat. He’s all too ready to seek them out and try to find another place to belong. 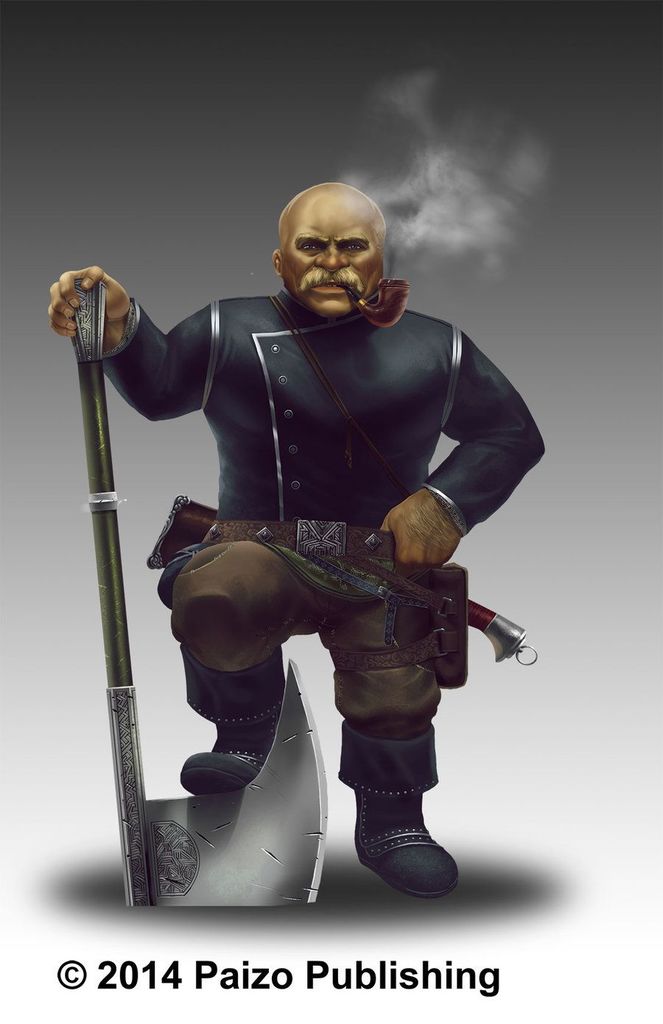