Half Orc Oracle from Redlake Fort

The strange half-orc oracle Droja dwells within Redlake Fort. The unwilling concubine of General Karrguk, Droja possess little loyalty to the Twisted Nails or to Grenseldek. In fact, through her divinations, Droja has foreseen the arrival of the Dwarves and hopes they may be the architects of her freedom.
Droja has also made contact with the ghost of Fabian Blix in the haunted chapel as her tent stands near the chapel’s outer wall. While Droja and Blix are not entirely on amicable terms, the oracle has shared her visions with the ghostly cleric, and he views the half-orc as his only means to end the fort’s haunting for now. Blix has asked Droja to point these heroes his way in hopes of enlisting them to retrieve and destroy the remains of the fort’s castellan, thus ending the hauntings and freeing his own soul from its undead existence.
When the Dwarves first meet Droja, she fawns over them like they are celebrities and tells them she has had visions of their past glories. She goes on to say that their destiny lies in the fort’s haunted chapel, should they be brave enough to accept the challenge, and begs the Dwarves to take her with them so she can witness their future greatness. 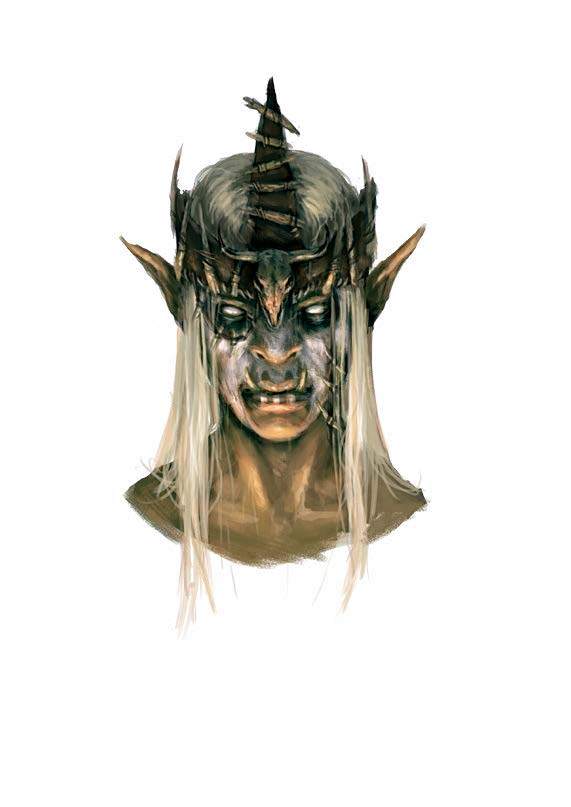