When the fort’s castellan, Tamand Varias, first pondered cannibalism he sought the counsel of the keep’s resident priest, a cleric of Iomedae named Fabian Blix, hoping for assurance that the church would absolve him of wrong doing on his deathbed. Shocked by this
proposal, Blix provided no such guarantee and instead advised the castellan to surrender the fort to the orcs in exchange for the garrison’s freedom. Varias argued that surrender was tantamount to suicide and vowed to hold the fort at any cost. When Blix responded that the cost might be his soul, the castellan went insane with rage and struck down the priest with his sword.
Resolute to what must be done to feed his troops, Varias locked up the chapel and quietly began murdering those deemed unnecessary for the fort’s defense— primarily the families of the soldiers— while Fabian Blix became the first person to be fed to the garrison. To explain this newly discovered supply of fresh meat, Varias told his troops that Blix had been hoarding food in the chapel, and when discovered, had f led like a coward into the night, abandoning the garrison to its fate. He also claimed that for their safety, the soldiers’ families and the fort’s remaining food supply had been barricaded inside the chapel, where Iomedae would watch over and protect them. In reality, of course, the chapel was empty, and the garrison’s family members were being slaughtered in the keep’s basement to provide sustenance to the fort’s soldiers.
The garrison’s soldiers praised the castellan for his foresight and continued to fight, believing that surrender to the orcs would doom their loved ones—all the time unaware that their families were already dead, and ignorant to the horror that they had supped on their own flesh and blood.
Horrified by the castellan’s plan and wracked with guilt that he could not stop it, Fabian Blix rose as a ghost soon after his murder. Finding himself bound to the chapel, Blix was unable to warn the garrison of the fate their loved ones were to suffer, but he did manage to appear to his own family members in their dreams, telling them of his murder at the castellan’s hands and urging them to flee the fort as soon as possible. Blix’s wife decided to confront Varias, only to wind up in the stewpot, but the priest’s twin sons escaped the castellan’s murderous wrath by squeezing through the latrine. Unfortunately, during their flight, one of the boys fell and broke his neck in the cesspool, but his brother (Calrianne Blix’s greatgrand father) survived and escaped the fort via the sewer tunnel.
Blix begs the PCs for aid, making no secret that ridding the fort of Tamand Varias’s foul influence and cleansing it of the sins visited here so long ago will finally allow him to know peace. The only way Blix knows of to accomplish this is to bring the castellan’s remains to
the chapel and destroy them upon Iomedae’s altar. Unfortunately, he does not know exactly where Varias’s bones now lie, though he knows that they are somewhere in the fort. 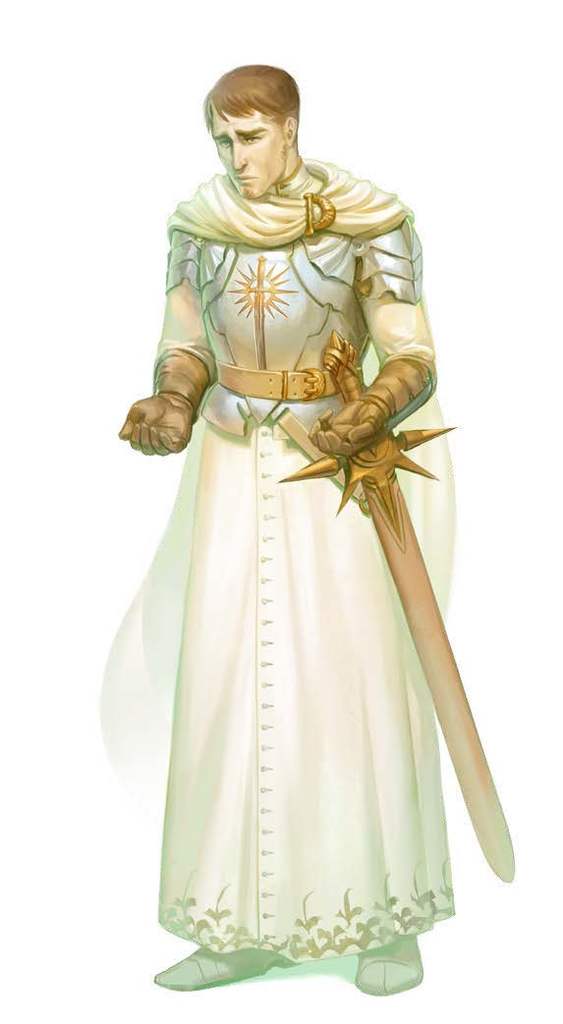