“Pappy” Gutterunch Gorb, an obese ogre with an immense, overhanging belly inscribed with Abyssal runes.When Varias’s remains and portrait were discovered, Gutterunch took possession of them, and has since grown preoccupied with the fort’s history and the haunts currently manifesting within it. With the help of several speak with dead scrolls, Gutterunch has been trying to make contact with the long-deceased castellan, but without Varias’s skull, all of his attempts have failed.
Nevertheless, the rituals have enabled some of the castellan’s vile influence to take root in Gutterunch’s mind, further perverting the ogre’s depraved morality. Already devoted to the demon lord of cannibalism, Gutterunch is now obsessed with eating Grenseldek, though the situation in the fort is still too unstable for him to openly turn against her. For the moment, the ogre patriarch contents himself with thinking up new recipes for cooking up Grenseldek when he finally gets the chance. 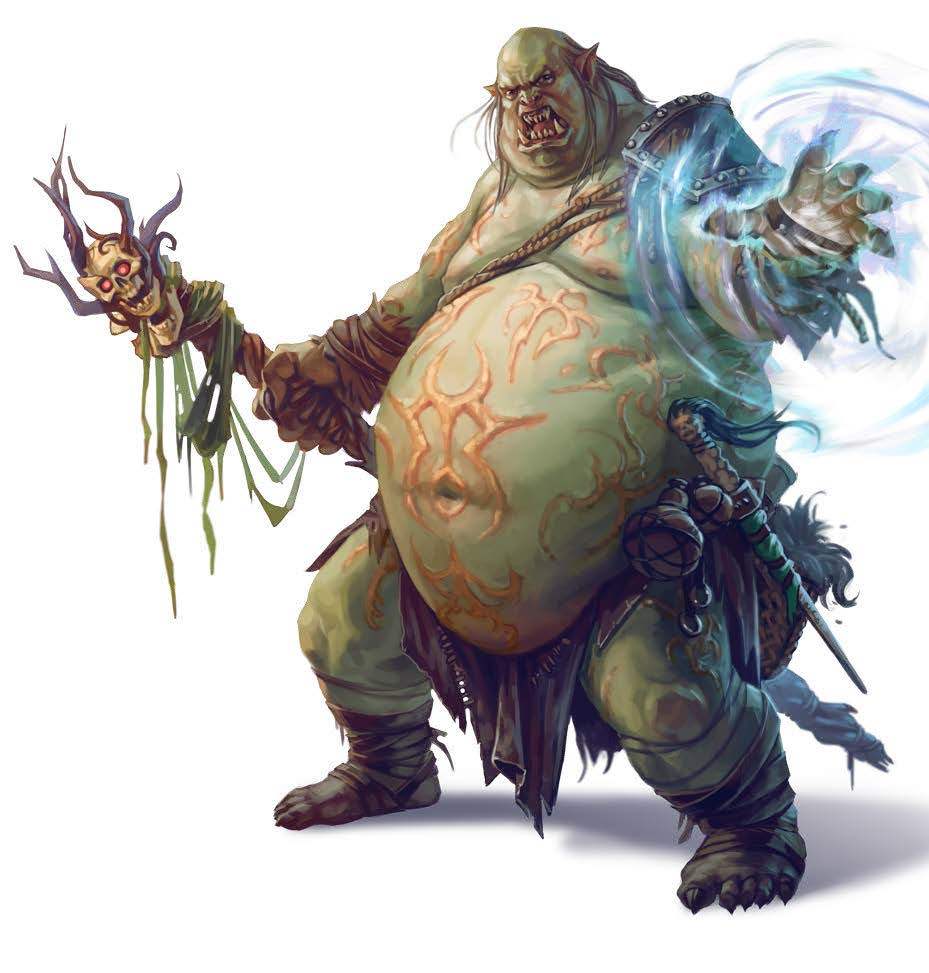