As a council member and Patrol Leader of the town militia, Jagrin Grath is a pillar of Trunau’s community.

Growing up in Trunau, Jagrin Grath was always most comfortable outside the town walls. Deft with a bow and silent in the woods, he began riding with the hunting parties at a young age, and soon joined Trunau’s widest ranging patrols. There he learned to hunt the orcs that
threatened his community, thrilling at the patrol’s daring raids. It was also there that he met his wife-to-be, another ranger named Ila Forcansen. The two became one of the best hunting teams Trunau had ever known—even once they began a family, both still rode on
patrols well into each of Ila’s pregnancies, and resumed patrolling again as soon as each child was weaned, relying on friends within the town to care for their four sons while they were away.
That life ended 10 years ago, when an attempted guerrilla strike on a rampaging orc band turned out to be an ambush. Half of the patrol was slain, including both the current patrol leader and Ila. Heartbroken, Jagrin made it back to town and assumed the position of patrol leader—yet he surprised everyone by not immediately heading back out on another raid. Instead, he moved into the Longhouse with his sons and dedicated himself to his new position. Though he still rides out on patrols frequently, it’s no longer for the joy and freedom of being in the outside world, but solely to protect the town and its people. Jagrin is a hard, quiet man, and takes his job seriously.
He believes in Halgra’s leadership, yet also sees it as his job as unofficial second-in-command to make sure her decisions are sound. He sympathizes with adventurers’ need to explore and wander, yet sees protecting one’s home as a far higher calling. He despises orcs with every fiber of his being, and while he isn’t about to endanger the town by provoking major tribes, he’s happy to supply and support adventurers who seem intent on killing orcs. 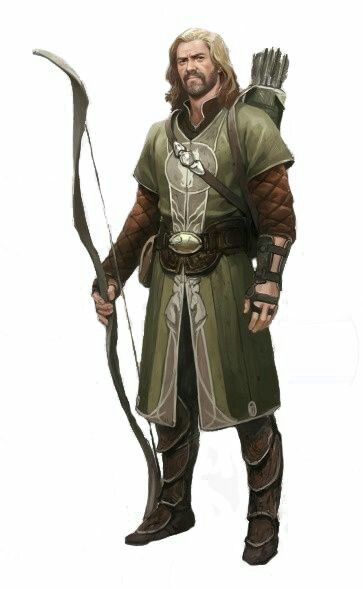