Cursed and Gnarled Old Half Orc

The sanctuary’s longest-standing resident (and patient) is a gnarled old half-orc named Katrezra. Raised among the Empty Hand tribe, he suffers from a terrible affliction of the lungs and weeping sores on his face and arms, gained when his jealous chieftain sent him to the Brimstone Haruspex to experience painful visions of the future. Fed up with the barbarity of the orcs, he managed to convince Halgra to grant him sanctuary, and has since found rebirth in the light of Iomedae, and proven his loyalty time and again on the town’s walls. He still occasionally has visions, and though many write them off as hallucinations or attention- grabbing, Tyari has begun privately recording them on the chance that they may point toward some important revelation. 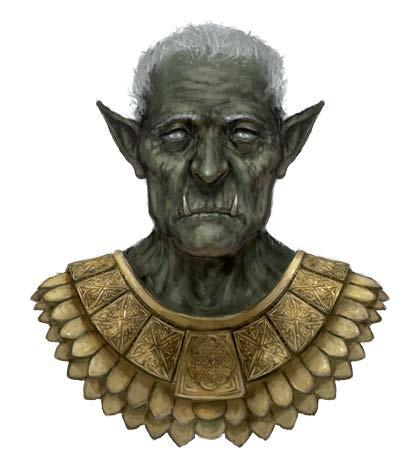