Nargrym’s own squire and kinsman, Lokmorr Edergun, cravenly stabbed Nargrym in the back out of spite and jealousy. Lokmorr took credit for slaying the giant himself, claiming it had killed Nargrym, and was heralded as a hero. But a priest of Torag named Byrim Forgepride discovered Lokmorr’s crime and confronted the kinslayer about his betrayal and deception. Believing he might still pull off his ruse, Lokmorr turned upon the priest and slew him as well. Although Lokmorr tried again to cover up his dark deeds, he was unsuccessful, and the ruling council of Boldura branded his forehead with the mark of the betrayer, struck his family name from the dwarven histories, and sentenced Lokmorr to be trapped alive in the tomb of the hero he had murdered. But Lokmorr’s punishment did not end there, for his brutal acts of blasphemy and murder so offended Torag that the god of the forge cursed Lokmorr with immortality, condemning him to eternal imprisonment in Nargrym’s tomb. 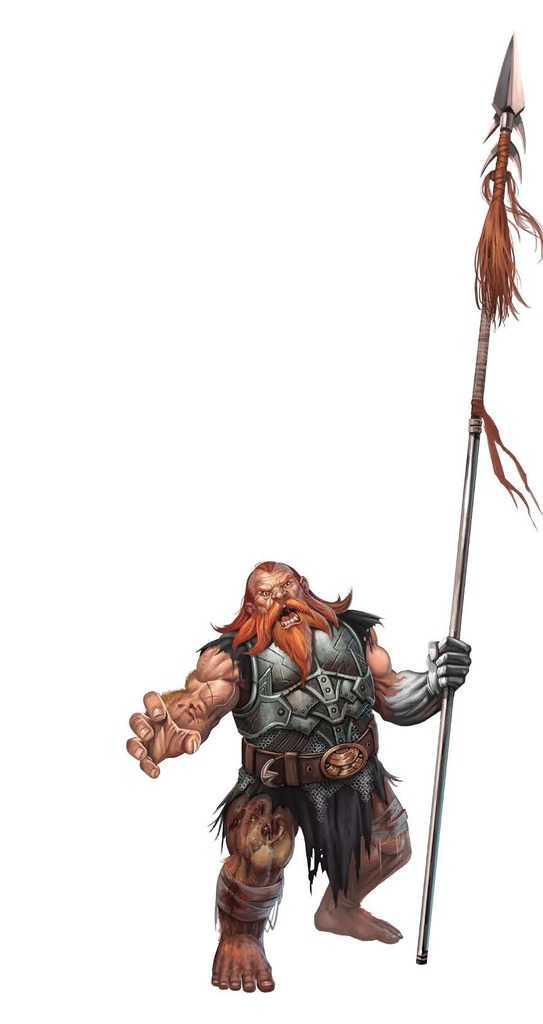