Standing before you is white bearded dwarf looking at you with piercing green eyes and a mischievous smile. He is dressed in armored robe made of silk with a leather belt around his waste and heavy leather tome in his hands. Strapped to his waist is a double bladed battle axe and on his back is a heavy cloak that appears to be made of bear skin. Your eyes then notice a golden ornate lantern levitating a few feet beside him, which is odd for a dwarf with good vision at night. You ask his name and he replies that he is Morian Nightbrewer but his friends just call him Mo.

If asked about the floating Lantern, Mo offers you a cup of stout ale and regales you with a tale about when he was a youngster while exploring a mining vein deep under a mountain that he found a passage or portal to the Feywild where he met all manner of creatures. He was lost in this terrible foggy mystical forest for weeks with no way to get home. Mo was a different man back then. Literally. He was half Deurgar and half Dwarf with all the hatred for surface dwellers, forests, and other ilk that comes along with being raised by his mother and grandfather in a Deurgar clan. Maybe he would have found a way home had he been nicer to the fey creatures but indeed his sower attitude pushed away any who would help him. One day in the forest he happened upon another dwarf dressed in bright red gambeson and a long white beard. He called himself Niklaus and he said that he had been watching Mo for days in the feywild forest and was amused at his misfortune. Niklaus then indicated that he was a traveler and that Mo could travel with him. “Travel with me for a year and one day, half-dwarf, and I will then take you to your fathers clan.” Mo was half Deurgar and half Dwarf, raised by his mother and barely knew his fathers clan. The strange dwarf said, “I will teach you wisdom and the ways of the world for a year and a day, then take you to your new home but there is a cost?” When Mo inquired into the cost, this other Dwarf named Niklaus laughed, “It will not cost you money or property only time and your mothers clan.” Mo did not understand the cost but he figured he was as good as dead where he was so he agreed. Little did he know that he had made a bargain with a fey lord and not just any fey lord but one the elder gods that could change the the very fabric of the universe on a whim. This fey elder god goes by many names but he is mostly known as The Lantern King.

For a year and a day he traveled the world as an unhappy half-Deurgar with the Fairy Market. From place to place they traveled and sold secrets and magical wears. Mo had many adventures and learned many things. Each day he grew in wisdom and stature. The Fairy Market then traveled near to the mountain of his fathers clan. On the last day of the year, the strange red clad dwarf named Niklaus came to him in the night and said that the time had come for payment was due. Mo instantly fell to the ground in physical pain and passed out. When Mo awoke, he found that the skin on his hand had changed from ashen grey to pale. Indeed, he was no longer part Deurgar but wholly surface dwarf. The strange dwarf Niklaus laughed again and then his body was bathed in golden light. The light faded to just a levitating ball of light — the golden wisp natural form of the Lantern King. “Nikkaus?!” Yelled Mo, “What did you do to me?” The golden wisp laughed in his baritone voice, “Who is Niklaus? A bargain is a bargain. Run along young dwarf, your fathers home is just north on that mountain. Pass on what you have learned. Beware the King!”

Mo ends the story by explaining that he has certain agreements the Lantern King and the fey world through which he has learned his magic and the ability to transmute the order of things. He also clarifies that he serves his fathers clan. He uses his wisdom and guile to advise his clan on matters of battle tactics, movement of enemy patrols and intelligence reports regarding enemies. In battle, he uses cunning and illusion as well as a trusty battle axe. 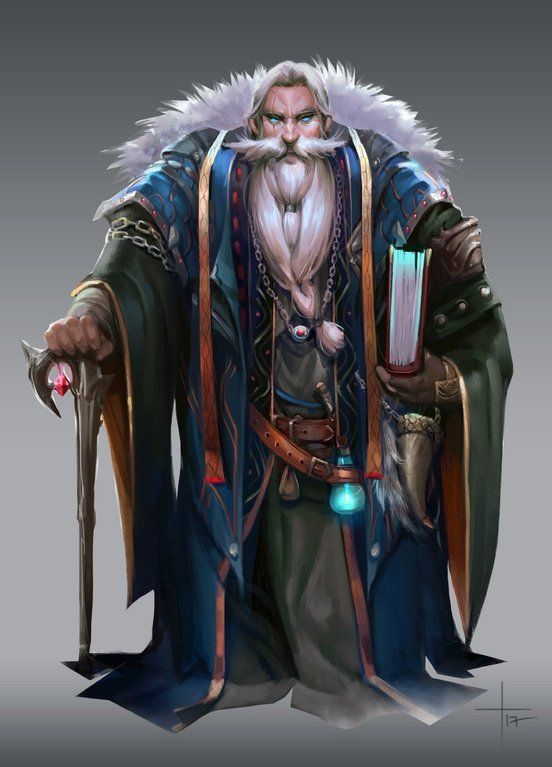