The fort’s resident cook—a fat, nearly deaf hill giant named Mubs—works in this area, filleting meat from both humanoid and animal carcasses. Influenced by the haunts in the Fort, Mubs now sees himself as more of an artist than a chef.
His sadistic and cannibalistic tendencies are often displayed in his culinary creations, the latest of which is on display in the mess hall, a masterpiece he calls “the horse with a hundred hands.” Mubs’s hands are wrapped in filthy, bloodied bandages, as he constantly gnaws on his own plump fingers, chewing them to the bone 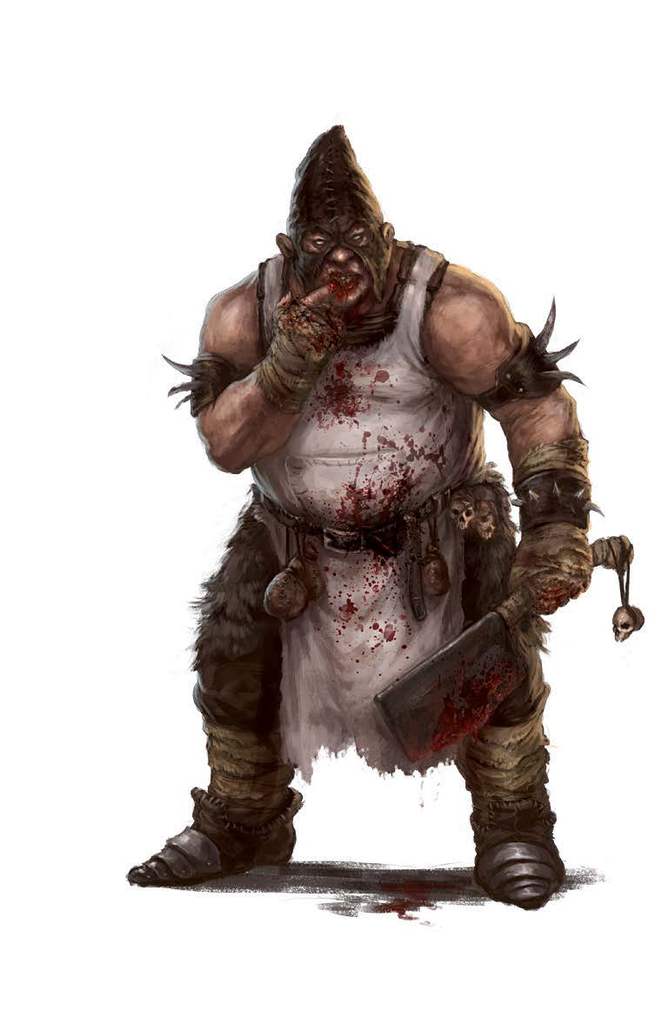