Nargrym Steelhand was a famed giantslayer from the Clan Brandberg. According to legend he took his name from his magical steel hand that allowed the hero to wield the giants’ own weapons against them. He slew many giants to defend Bolduhra’s mining interests in the Mindspin Mountains—even the fire giant Gunderoth, called Dwarfskinner, who scorched the living flesh from nearly 50 dwarven miners. But though Nargrym’s legend remains strong, the circumstances surrounding his death were grim and mysterious.
After Gunderoth’s defeat, Nargrym’s own squire and kinsman, Lokmorr Edergun, cravenly stabbed Nargrym in the back out of spite and jealousy. Lokmorr took credit for slaying the giant himself, claiming it had killed Nargrym, and was heralded as a hero. But a priest of Torag named Byrim Forgepride discovered Lokmorr’s crime and confronted the kinslayer about his betrayal and deception. Believing he might still pull off his ruse, Lokmorr turned upon the priest and slew him as well. Although Lokmorr tried again to cover up his dark deeds, he was unsuccessful, and the ruling council of Bolduhra branded his forehead with the mark of the betrayer, struck his family name from the dwarven histories, and sentenced Lokmorr to be trapped alive in the tomb of the hero he had murdered. 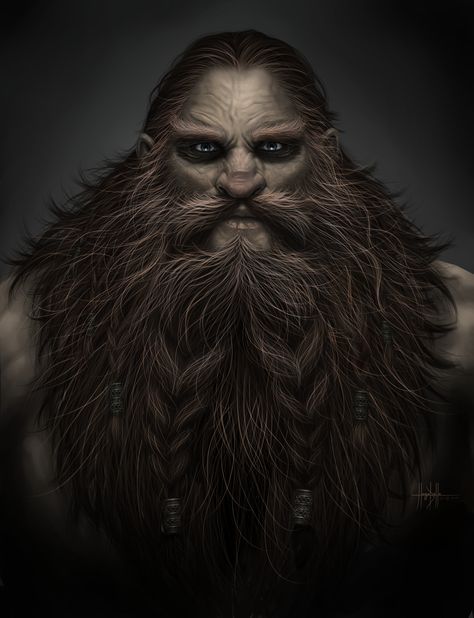