A former gladiator in the fighting pits of Urgir, Raag Bloodtusk won his freedom through trials of strength and blood—both his own and that of his enemies. Since earning his freedom several years ago, the hulking half-orc has sailed up and down the Esk and Kestrel rivers, ferrying supplies into and out of Belkzen. Despite his harsh appearance, Raag has a soft spot for the downtrodden (a by-product of his long incarceration). It is this attitude that brought him into contact with Halgra of the Blackened Blades, and the two have shared a friendship (and romance, according to some rumors) over several years. Bloodtusk is a fair captain, and takes an equal share of work when his presence is not needed at the helm. Bloodtusk never abandons his boat or crew if they are in need.

Spending time around the captain any one can quickly learn of his personality and kinship with his crew. Any crewmember can recall Bloodtusk’s past glories as a former gladiator in Urgir’s fighting pits. If questioned about the character of any of his crew members, Bloodtusk strongly defends them and states that they have all served him for several years now. The one thing Bloodtusk does speak poorly of is the river drakes that hunt along the banks of the Kestrel River, referring to the foul creatures as “oversized river vultures.”

The Chelish Devil is well known among the orc tribes along the river, and the gladiator-turned-riverboat-captain enjoys rights of safe passage from these tribes’ chieftains, which makes a river journey far safer than traveling overland 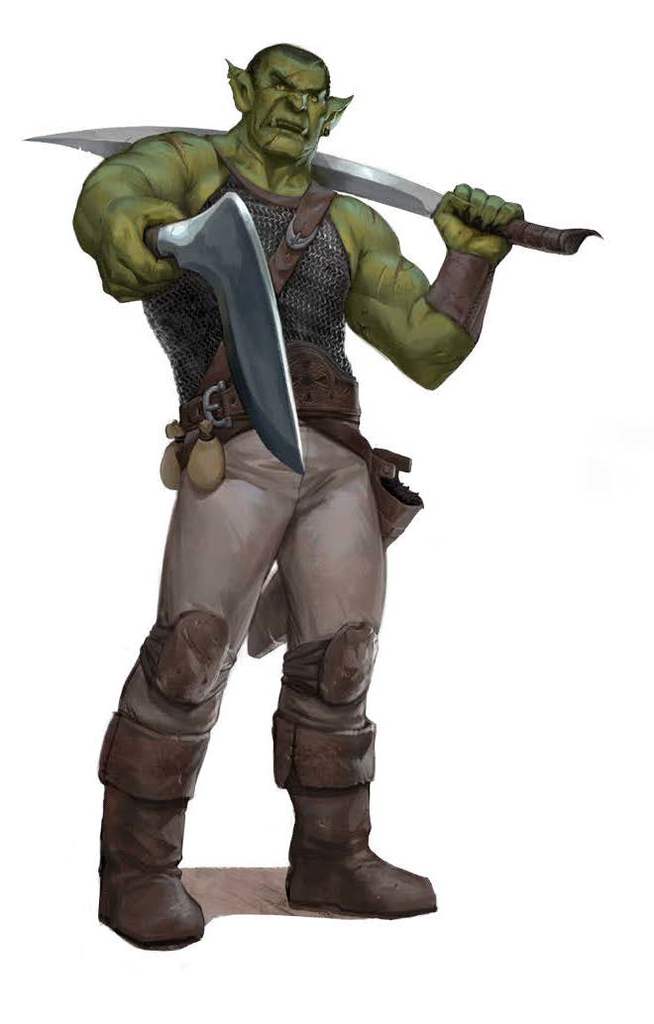