Sara Morninghawk, is the daughter of a Shoanti woman who arrived in the town already pregnant and uninterested in talking about her past. Sara cares little about her mixed heritage, save to note that it gives her “proper shoulders to work the forge.”
As the owner of Clamor, Morninghawk oversees all of the metalwork for the town, including several apprentices specializing in different aspects of the trade. She works with the local Dwarf population as she has earned their respect from the quality of her work. She also never goes anywhere without her mother’s axe, which she generally keeps strapped to her back. Sara’s well aware of the eyebrows some folks raise about her marriage to Agrit, but she cheerfully responds with a flexed bicep and the question of who else but a dwarf would be equipped to handle her. 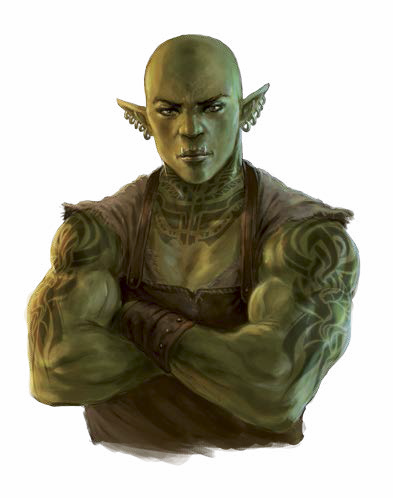