Ancient Elven Druid The Watcher of The Hopespring

A mute elven druid, whose weathered features mark his age as venerable even for his timeless race, quietly watches over the spring and its reservoir, though what purpose his quiet contemplation serves is anyone’s guess. Dubbed Silvermane by the townsfolk, he has resided on this hill and slept near the spring since before the town was settled.
He rarely communicates with anyone, but on occasion has been seen conversing with Halgra via some form of sign language. He generally holds himself aloof from the town’s proceedings, yet the few occasions upon which he performs magic—healing a dying child or calling lightning down on raiders—earn him respect from most residents, albeit mixed with questions regarding his inscrutable motives. The most common rumor is that he’s the only survivor of the Council of Thorns, a fierce druidic circle whose members ended their lives with the prodigious blood rite that gave Ghostlight Marsh its name. 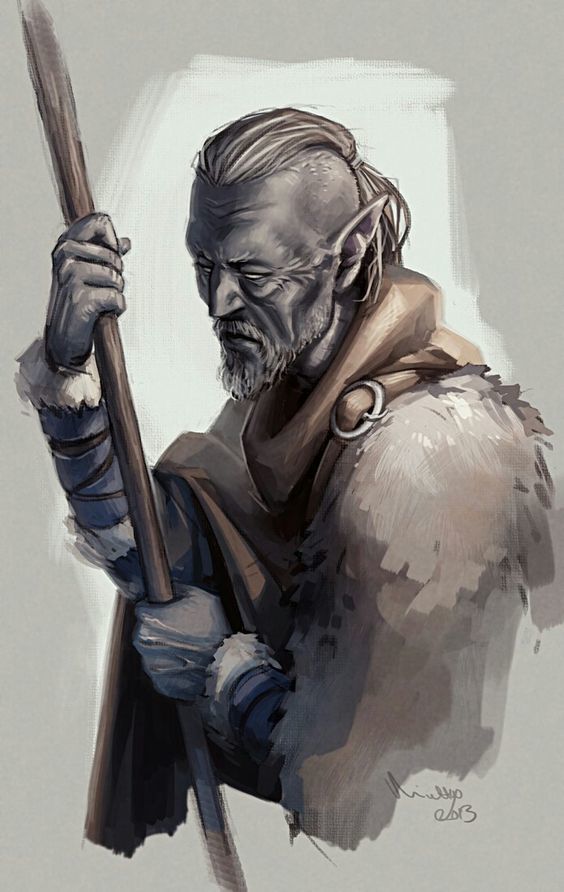