A cunning half-orc alchemist, Skreed Gorewillow was a perfect fit to infiltrate Trunau and make preparations for the Twisted Nail orcs’ raid on the town.

As the most frail of the many half-orc offspring born in the human slave pen of the Twisted Nail tribe, Skreed Gorewillow escaped the blades that felled his half-siblings only because of his cunning. He was spared to serve as a future shaman or battle priest for the Twisted Nails, and though his formative years were brutal, he flourished amid the violence and bloodshed of the true orcs around him. Bullying and abuse from orc children did not faze the eerily stoic half-orc. Even as a child, Skreed could discreetly create dozens of toxic slurries, flesh-burning unguents, and paralytic tinctures out of only crushed bugs and scavenged flora, and poison became his favorite method of dealing with his tormentors.
As he grew older, Skreed paired his mastery of improvised alchemy with the shamanistic traditions of the Twisted Nail clan and cultivated a relationship with the tribe’s hill giant chieftain, Grenseldek. By the time Skreed was 16, Grenseldek had appointed him as the tribe’s youngest witch doctor.
Skreed is 6-1/2 feet tall and gangly for a half-orc, weighing only 200 pounds. The dark blond locks on his head suggest Ulfen descent, but Skreed never knew his mother, nor has he ever cared to.

Impressed with Skreed’s intelligence, Grenseldek chose the alchemist to lead the team of half-orcs infiltrating Trunau when the giant planned her attack on the town. For the most part, Skreed performed his duties admirably, but his murder of Rodrik Grath was enough to raise some eyebrows and give the Heroes a chance to undo Skreed’s carefully laid plans and finally confront him face to face in Uskroth’s tomb. 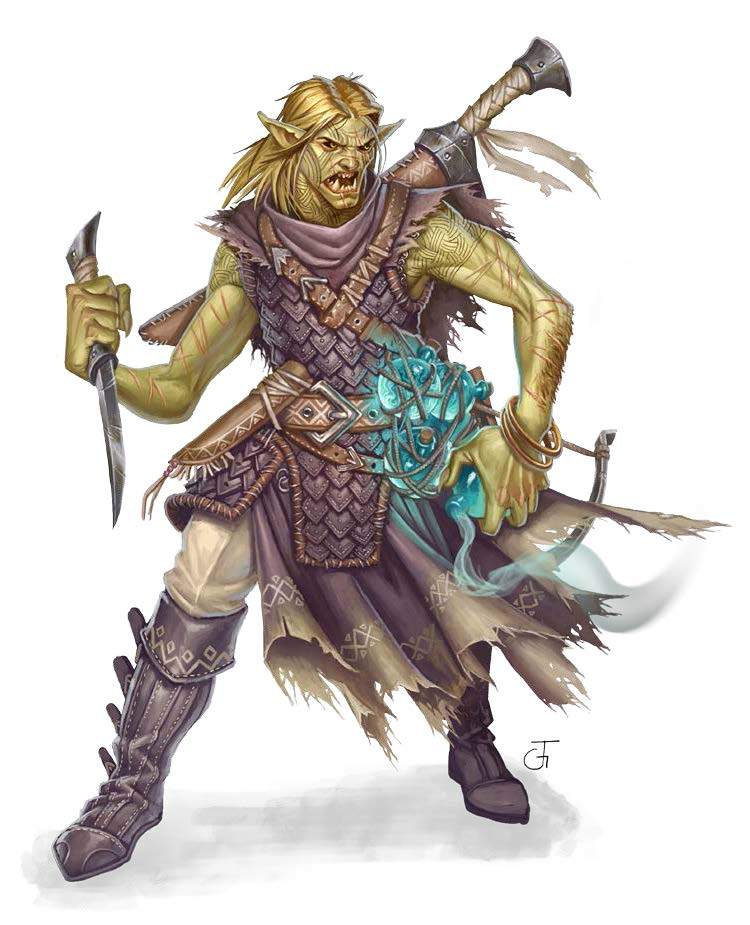